To answer your obvious question, yes, this is a dumb post. That's intentional.

Yesterday I read a great article about elevatorgate, the internet war in the atheist community two years ago. Then I got an idea, let's make a poem out of Richard Dawkins comment commonly referred to as "Dear Muslima". Why, do you ask? No idea, I sometimes get dumb thoughts.

Yes, yes, I know it is bad poetry, and if people want to improve it, go ahead.

And by the way, if you want to know if this is a comment on sexism in the skeptical community or on elevatorgate, the answer is no. This is a meaningless post. Ok?

Dear Muslima
Stop whining, will you. Yes, yes, I know you had your genitals mutilated with a razor blade, and . . . yawn . . . don’t tell me yet again, I know you aren’t allowed to drive a car, and you can’t leave the house without a male relative, and your husband is allowed to beat you, and you’ll be stoned to death if you commit adultery. But stop whining, will you. Think of the suffering your poor American sisters have to put up with. Only this week I heard of one, she calls herself Skep”chick”, and do you know what happened to her? A man in a hotel elevator invited her back to his room for coffee. I am not exaggerating. He really did. He invited her back to his room for coffee. Of course she said no, and of course he didn’t lay a finger on her, but even so... And you, Muslima, think you have misogyny to complain about! For goodness sake grow up, or at least grow a thicker skin. Richard

Muslima, Dear
Let me be clear
Stop whining, you will
And listen, be still

Your genitals were
With a razor severe
Mutilated, but in vain
You tell me again

A car you cant’t drive
To market not arrive
without your violent spouse,
you may not leave the house

and a stone will crush your head
if you are found in another man’s bed
Stop whining, will you
Think it through

american girls suffer
they have it rougher
this week I heard of one,
a Skep”chick”, alone

and do you know
what happened, though?
A lift, a man
He asked her then

«You coffee drink?»
«Bullshit», you think?
I do not kid
He really did.

Sha answered «no».
And he said «oh»
He did not rest
His arm on her breast

but even so...
Muslima, grow
A thicker skin
Yours is too thin
You think YOU see
Misogyny 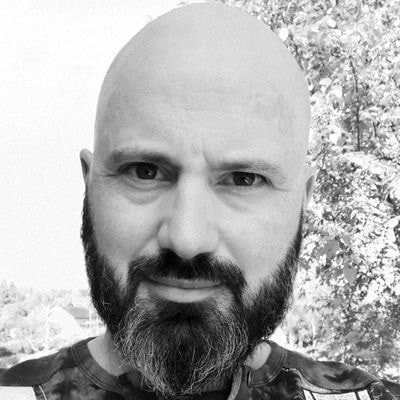